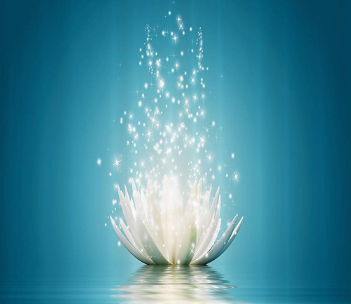 Tesshin opened his talk this week recounting that when he was an eleven-year-old boy he became interested in Magic.  In fact, two years later he joined the official magician’s guild as its youngest member.  The main vow one takes upon entering the guild is never to reveal the secrets of any given illusion.  Tesshin then asked if there were any “Zen Secrets.”  Of course, there are – the problem is that the teacher cannot simply explain them because that destroys the essence of Zen!  So what is a teacher to do?

Like any skilled magician, the teacher uses specific techniques to guide student’s awareness to where it needs to be for the performance to work.  In the case of Zen, the teacher uses forms, rituals, and liturgy.  There has been quite a bit of criticism of ritual in modern American Zen centers.  Students and even some teachers claim that the Asian forms are empty and pointless.  One can say the same thing about the magic wand wielded by a magician.  Is it not just a piece of wood with no “real” powers?  Well, it is, but every magician uses one!  Why is that?

Tesshin next started to examine some of the forms followed in traditional Zen temples.  For instance, why does everyone shave their head?  Is there some metaphysical passage in some ancient sutra saying that hairless humans have a direct path to absolute knowledge and are free from suffering?  Well maybe, but could it also be that removing hair frees the monk from thinking about themselves.  It is quite amazing to see a group of monks and nuns with shaven heads.  They all look exactly the same!!  So hairless, they are now free from the constant focus on the “me bag!”  They do not need to worry about how they look today.  There is no thinking, “ Oh boy, that one over there looks kind of cute!!”    With the hair gone – the “me bag” becomes the “We Bag.”  Shaving the head is simply a skillful way to dissolve the ‘I’ and remind the students that they are all the same ‘thing’ looking for the same ‘thing.’

Tesshin suggested that we should not shave our heads, of course, but pointed to other “magic” we can create in the Zendo.  For instance, we light incense.  Why do we do this?  Think about it – what makes a space special?  Think to special places in your past.  They look, sound, and SMELL different than everyday spaces.  The incense is a simple ‘magic trick’ to remind you that you are in a special place.  This is the same reason we bow upon entering and leaving the space.  It is also why we bow and ritually clean our Zabuton (meditation mat).  We are reminding ourselves that this is not just a room, it is the place where we are working to find reality!

Many Zen centers have a Buddha statue on the alter.  Is this simply an idol or a stupid block of wood?  What is this thing?  Again, nothing special, while at the same time being the most important object in the room.  It is said that our practice is Buddha, Dharma, and Sangha.  The Buddha represents absolute reality.  The statue represents the center of the sacred space we are creating.  Even if it is not present physically, we are magically ‘invoking’ it every time the group sits together to meditate.  We are creating the Buddha, because we are the Buddha.  We bow to the Buddha because we are bowing to the Buddha in ourselves.  The magic of Zen is really realizing this.

Tesshin next discussed the value of ritual.  He described two types of ritual.  The first is what he called a “productivity ritual.”  These are the rituals we do every day to get along in the world.  For instance, one may get up, brew coffee, and read the newspaper before leaving for work.  These are the things we do to be productive every day without thinking about it.

The second type of ritual is “Transformative.”  These are the rituals where we start out in one state, but end up in a different state.  A good example of this would be a marriage ritual.  Here two people enter a building, some words are uttered, and they leave in a different state.  In one sense, nothing special happened, but in another state, two people’s lives are completely changed.  It is these transformative rituals which are truly magical.  It is said that in Dharma Transmission, the student and teacher just stare at each other – nothing happens, yet the Dharma is transmitted from one generation to another.  Nothing happened.  Everything happened.  POOF!!  It reminds us of the old Zen story where the Buddha raises a flower and Mahapaska smiles.  Nothing special here – right?  However, something magical happened which echoes throughout the eons – even to us today!!

Tesshin next explained to the group that our practice is about bringing the magic of transformative ritual to every aspect of our life.  He cited the difference between a common cook and a master chef.  Both practitioners use knives and must maintain them.  The cook comes into the kitchen and is preoccupied with many things.  They may joke with other workers, check for ingredients, and gripe about the pay – all while prepping the knives for service.  A master chef, comes into the kitchen and performs a holy ritual with the most important object in the kitchen.  The knives are holy objects and typically the master chef owns their own knives and they are his pride and joy.  How do you handle the knives of your life?

Tesshin wrapped up by asking how we bring the magic of transformation into the Zen experience.  We do this by following the forms which are the gifts given to us from the masters throughout the centuries. Like all magic, they appear rather simple, but very deep in their application.  We create a boundary by taking off our shoes.  We “gassho” to each other with palm to palm to recognize the other person in ourselves.  We bow to each other for the same reason.  We bow to the teacher in recognition of not just him, but the entire lineage all the way back to the Buddha 2500 years in the past.  Lastly, we bow to ourselves for undertaking the practice of finding the magic of suchness in the universe.