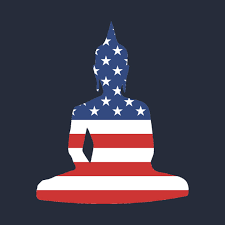 This past week Tesshin attended a lecture at Neropa Institute covering the history of Buddhism and how it prospered in some countries, but failed in others.  The lecture focused on work done by Richard Gard in the 1960’s which focused on which conditions were essential for a religious tradition to thrive in a new country.  The lecture of Neropa looked at four key factors and tried to see how they are being applied in the West, and specifically in the United States.

The first, and probably most important, condition Buddhism will need to prosper in the US is access to “real” and verified teachers.  Tesshin noted that America is a very “entrepreneurial” country which takes a “flexible” view towards authority.  In Buddhist communities in the US this could have some good and not so go outcomes.  For instance, the spread of many Buddhist concepts like mindfulness has been amazing.  However, on the flip side, there are a number of teachers simply “hanging out a shingle” and starting to teach without the deep understanding of the tradition.  Tesshin mentioned a number of teachers who studied with great masters but never received formal transmission.  Does this make them lesser teachers?  (As an aside, “transmission” is a specific ceremony where a teacher recognizes that a student has accomplished deep understanding and is ready to teach.)  Tesshin asked the group how they would feel if their doctor stated that they “attended” John Hopkins University.  One would probably want to know if they GRADUATED and even graduated with honors before taking their advice.  One would think it would be the same with a spiritual teacher.

The next precondition Gard talks about is the presence of “Patronage.”   In other words, is there a way for the Buddhist organizations to fund themselves?  In the past, patronage could be sponsorship from a King or other powerful political leader.  Of course, this model is not applicable to the US, so how can Buddhism finance its practical costs?   In this regard, the United States has been an interesting case.  On the one hand, there is a large urban middle class who can afford and are interested in a “casual” relationship with Buddhism.  In other words, it is not too uncommon for these people to attend and pay for a retreat or lecture to get a “taste” of Buddhism.  On the other hand, there is a fear that Buddhism could become too “commercial.”  What does it mean for the teachings if the “customer is always right?”  There is a real risk that the message gets watered down to the point that it is meaningless or becomes just another self-help fad.

The third requirement Gard talks about is Buddhist Literacy.  In other words, do students have access to core texts in their native language?  In this regard, there has been a lot of activity in the past few decades in translating core texts into English.  However, remember that Gard talks about Literacy – not just access.  Just because you have access to a Koan collection in English does not mean you will have any deep understanding after reading it.  Tesshin mentioned that activity is moving towards a new phase where the commentaries are translated as well as the core text.  It was also noted that many books are now being written by American teachers.  This is also important because concepts can be cast in metaphors Americans can understand instead of having to first parse Chinese culture from the Middle Ages.

The last requirement is the existence of monastic teaching centers.  These centers and the monks and nuns housed in them act as the core of the tradition and provide consistency to lay practitioners.  It the existence of these strong teaching centers which could act as a counter balance to the commercialization and watering down of the message described above.  In this regard, there are good signs in the US.  There are some very strong teaching centers which have been operating over the past few decades.  However, the monastic tradition is not particularly strong in this country.  This will make sustaining these teaching centers essential if the tradition is to prosper in this country.

Tesshin next asked if any of the above discussion is really important.  Could we not make an argument to simply sit by ourselves?  While this is a very attractive argument, not too many people would spontaneously sit unless they found out about Zen and then were guided by a wise and skilled teacher.  It is one thing to pick up a self-help book on calming the mind and it is something else to embark on a spiritual journey to understand how reality really works.  It is the later which religion is focused on and which must be supported and sustained.