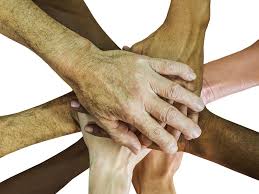 This is the first week Yorktown Zen has been holding virtual Zazenkai (sitting sessions) through the Zoom teleconferencing.  Overall things went well and was great that we can continue to practice as a group.  Tesshin is looking to host a Tuesday and Thursday evening sit along with our normal program each Saturday morning.  If you are interested in participating, please drop an email to yorktownzen@gmail.com and we will make sure you get all the notifications.

Tessin opened his talk this week about his experience attending a workshop on depression and suicide prevention in the clergy.  One would normally not expect clergy to be prone to depression, but it is this exact perception which makes them particularly vulnerable.  Tesshin asked, who helps the helpers?  The talk concentrated on the cause of depression – namely a lack of hope.  In stressful times, many faith traditions look to god for strength and encouragement.  This is total valid and is why faith is such a powerful aspect of what it means to be human.

Tesshin next asked what Zen could offer in times like this.  We do not specifically invoke grace of god – although there is a rich tradition of invoking the spirit of Bodhisattvas when attempting to manifest compassion in the world.  Tesshin stated that Zen always comes back to understanding our true nature and that there is no duality between the good and the bad.  Our path is life – right here and right now – and the total honesty of experiencing it.  Experiencing life means that there will be negative aspects.  As an example, he recounted that one of the greatest teachers of Zen in the west, Maezumi Roshi, struggled with alcoholism his whole life.  What are we to make of this?  Zen would say that Maezumi was a person and a great teacher who happened to have an issue with alcoholism.  We cannot get wrapped up in delusions of perfection – it is the message we are after – not the picture of a perfect teacher.  Again, this is why Tessin commonly states that he is the least important person in the Zendo!

Tesshin continued stating that depression arises through isolation.  The particular situation with Covid-19 will increase our isolation, and thus depression.  Our tradition, however, reminds us that we are never really alone.  We are all a part of suchness, and as such, isolation is a delusion.  Tesshin gave the example of when he was alone on the top of a mountain in his temple.  At first, he became depressed because he was all alone day after day after day.  One night he had the sudden realization that he was one with all of nature, the animals, the plants, even the stars in the sky.  To feel that you are alone is to separate yourself from reality – this is the biggest delusion of them all.

Tesshin concluded that in addition to faith in the Dharma, a community needs to depend on each other.    One of the topics in the workshop asked participants to list three people you could call in your life if events got so crazy that you felt overwhelmed.  Tesshin asked all of us to pause and give that some thought.  (Tesshin reminded that group that he is available at any time if anyone needs someone to talk to.)  The community needs to support each other.  Beyond the scriptures and wise teachers, it is the community helping each other which makes faith communities uniquely equipped to survive and thrive during difficult times.  This is why in Buddhism, the Sangha is considered one of the “Three Jewels.”  Tesshin reminded us to reach out to other members of the group – just to check up on them and make sure they are ok – not just physically, but mentally and spiritually as well.