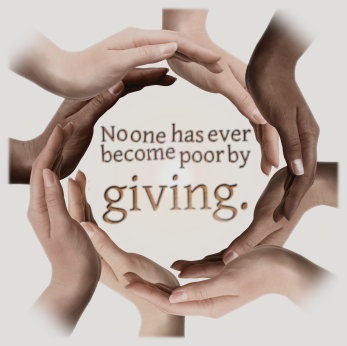 Tesshin used his talk this week to talk about the “Wisdom Tradition” in Zen and how we can apply it in our practice.  Traditionally “Dharma” is understood as the “cosmic law” or “universal truth of reality.”  However, it is not enough to know the laws – one must be able to skillfully apply them to alleviate suffering in all beings.

Tesshin likened reading about the Paramitas without deeply investigating them to eating Sushi without the rice.  You can eat just the fish, but you are not really eating Sushi!!  Studying the tradition academically and memorizing all the lists is fine, but it is not living Buddhism.  To do this we must understand and penetrate all of the perfections.  For this week, Tesshin focused on perfections of Dana and Wisdom and how they relate.

Dana, or generosity, is normally understood to be “acts of charity.”   However, this rather sterile definition really misses the point.  Wisdom is normally understood as “seeing things as they really are.”  So how do we combine these two concepts together to really get at the core of Zen practice?  Wisdom tells us that all things are empty.  Understood this way, generosity is just another way to realize that we should not cling to things.  Clinging tightly to ideas and objects shuts us off from everyone else.  Dana and generosity do more for the giver than it does for the receiver!!  One cannot understand the power of Dana until the mind has come to grips with the wisdom of emptiness.

Tesshin next gave a few examples of how this works in everyday life.  The first example happened to him a few days ago.  He was driving his son to karate practice when he came upon a group of expensive tools scattered on the road.  It was clear that these tools fell of a mechanic’s truck and that they would be sorely missed and difficult to replace.  The right thing to do would be to stop and collect the tools and turn them in so they did not get lost or stolen.  However, Tesshin was running late and there were so many chores yet to be done.  His first reaction was to simply drive by and assume that someone else would take care of it.  Then he thought, “Why am I rushing?  What does being late to karate practice actually mean?”  He realized that his real motivation was an attachment to “perfect parenting” including getting his son to his appointment on time.  Generosity is about letting go of our fantasies of ourselves and doing the right thing for others.  Even an accomplished Zen master must constantly remind himself about attachment and generosity.  It is not automatic!!

Do you see how this is different from our normal view of charity?  Our normal conception is to simply give money.  So we are told to drop something in the donation box when leaving after a sitting session and all will be good.  However, that is “fish without the rice!”  Some people may think, “nobody will know if I give or not!”  Others may say, “nobody will know if I only put in some pocket change instead of a few bucks.”  Someone else may start thinking that if I am giving all this money I should get a tax deduction.  It is obvious that this is not generosity, but attachment!!  Attachment to money, appearances, even tax advantages.

Tesshin next related a time long ago when he was traveling in India.  He was a poor student and his bags and passport were lost and he had to get back to the airport.  The problem was that he had no money, knew nobody, and did not speak the language.  The only thing he could do is start WALKING towards the airport which was many many miles away.  On his journey he came upon a group of “street children” who spotted an American and started asking for money.  The children could not believe that a westerner had no money!!  However, once Tesshin turned out his pockets, the street kids did something very surprising.  Instead of walking away, they took him back to their camp and gave him food and all their pocket change.  One of the boys had a friend who knew someone who knew someone with a motor scooter.  Within an hour Tesshin was at the airport.  The kids asked for nothing in return and knew that they would never meet Tesshin again.  They gave of themselves almost instinctively!!  Tesshin compared the complete instant generosity of the kids to his strained calculations on the side of the road.  He had to admit that the kids were closer to the wisdom of Dana than he was.

So what do these stories have to do with the Paramitas?   What does it mean to combine Dana with Wisdom?  Here Tesshin told the story about the day he enter his teacher’s monastery.  The teacher agreed to take him on as a student, however there was the question of how much Tesshin should pay to support the temple?  He shyly asked the master, “What does it cost to study here?”  The teacher immediately responded – “To study here will cost you NOTHING, but it will cost you EVERYTHING!!”  Do you understand this?  If you are a billionaire, writing a million dollar check means nothing.  You are still attached to your wealth.  To study Zen you must lose your attachments.  As such, you will be asked to give up EVERYTHING.  However, Zen teaches us that everything is empty, so what are you really giving up beside a faulty idea.  As such, you will be asked to give up NOTHING.   Tesshin encouraged us to really meditate on this message.  It is a theme which keeps coming up again and again in our practice.  Let things go and free yourself from suffering!