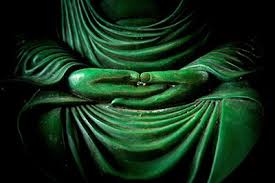 Tesshin opened his talk by recounting a recent “Buddy Movie” where the main characters were on a self-improvement kick and suddenly declared that they were “totally done” with all the hard work.  One character stated, that they were just “too old for this #$%^#!”  Tesshin then asked why accomplished Zen monks don’t suffer the same discouragement.  To answer this, Tesshin referred us to Dogen – specifically the concept of Gyoji – or “Ceaseless Practice.”

(Text of the fascicle can be found HERE )

What does Ceaseless mean?  Does it mean we have to put even MORE time on the cushion?  Tesshin was clear here – it means that there is no beginning or end to practice.  There is no separation between the spiritual life and “real life.”  The insight here is that true practice does not need willpower.  Do you need willpower to breathe?  Do you need willpower to eat?  Of course not – eating and breathing arise because we are alive and these are characteristics of life.  Practice is the same!

Tesshin next described how practice grows and matures over time.  First one must practice with “intent.”  This is where most of us are now.  We must will ourselves to stop and sit.  It is seem as very similar to going to the gym.  We would rather do something else, but we know that sitting is good for us.  Over time, however, Zazen creeps into everything we do.  It becomes part of every waking moment.  Now we are touching Ceaseless Practice.  Sitting is nothing special and the most important thing we do.  Tessin reminded us that his teacher’s very last breath was taken while in Zazen and none of the students was surprised by this.

Tesshin next recounted a famous Zen example of Bodhidharma to highlight the difference between “intentional practice” and “ceaseless practice.”  Bodhidharma was the 6th patriarch of Zen and brought Buddhism to China.  The story opens when he visited the emperor of China.  The emperor told Bodhidharma that he is a great Buddhist because he sponsored many temples, supported many monks, and commissioned Buddhist art.  He then asked the sage, how much merit have I gained.  (Tesshin reminded us that in many Buddhist traditions, merit is a measure of good deeds which will lead to a favorable rebirth.)  Bodhidharma responded that the emperor gained NO merit and explained that actions taken for premeditated personal gain mean nothing.  Tessin reminded us that many of the motivations of our “intentional practice” are just like the emperor – done for some personal gain.  I will sit Zazen as it will allow me to concentrate better or become happier.  Do you see how the emphasis is on the ego?

The emperor then asks how merit is really gained.  Bodhidharma answers by stating merit is gained by developing “Pure Wisdom” and being free of all desires.  The emperor asks what is pure wisdom – to which Bodhidharma states “Emptiness!”  (Remember that emptiness is not oblivion, but the deep understanding of the inter-relatedness of all things.)  Finally, the emperor asks, “if it is all empty – who are you?”  Bodhidharma answers “I do not know.”  Ah, here is the point!!  Bodhidharma is in the state of continuous practice – to define himself and answer the emperor would show that he is playing the same game as the emperor.  If he said, “I am the best Zen master in China, he would be no more accomplished than the emperor splashing money all over on temples to feel good about himself.  Bodhidharma is nobody because everything is empty – but we have revered him for 1500 years!!!  Do you see it?

Tesshin wrapped up by suggesting to the group that we allow Zazen to pervade every crevice of our life.  Yes, we still need willpower at this stage, but we should strive never to get attached to what we are doing.  Sitting is enlightenment in itself.  Do not get attached to whether you are doing it well or poorly.  As the Nike commercials say – Just do it!!